Stay Away From Cut Flowers For Your Sweetie For V-Day!

With Valentine’s Day just around the corner, flowers are probably on most people’s minds. But did you know that the bouquet you’re giving your sweetheart may be loaded with pesticides?

Flower growers are actually among the heaviest users of agricultural chemicals, including pesticides that are suspected of being among the most toxic.

In addition, the pesticide problem is not restricted to cut flowers— A recent pilot study revealed that more than half of garden plants attractive to bees and sold at Home Depot and Lowe’s are also pre-treated with pesticides that could be lethal to bees. This is of great concern, as bees are necessary for pollinating not only flowers but also food crops.

The answer? Start becoming aware of where your dollar power is spent and what it is actually supporting, support LOCAL gardeners and nurseries, and plant your own flowers that can last forever, and not just a week on the table in a jar.

A winner of the 2015 Patients' Choice Awards for Denver Chiropractor Verified by Opencare.com 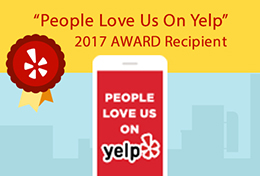 All Hail The Mighty Avocado